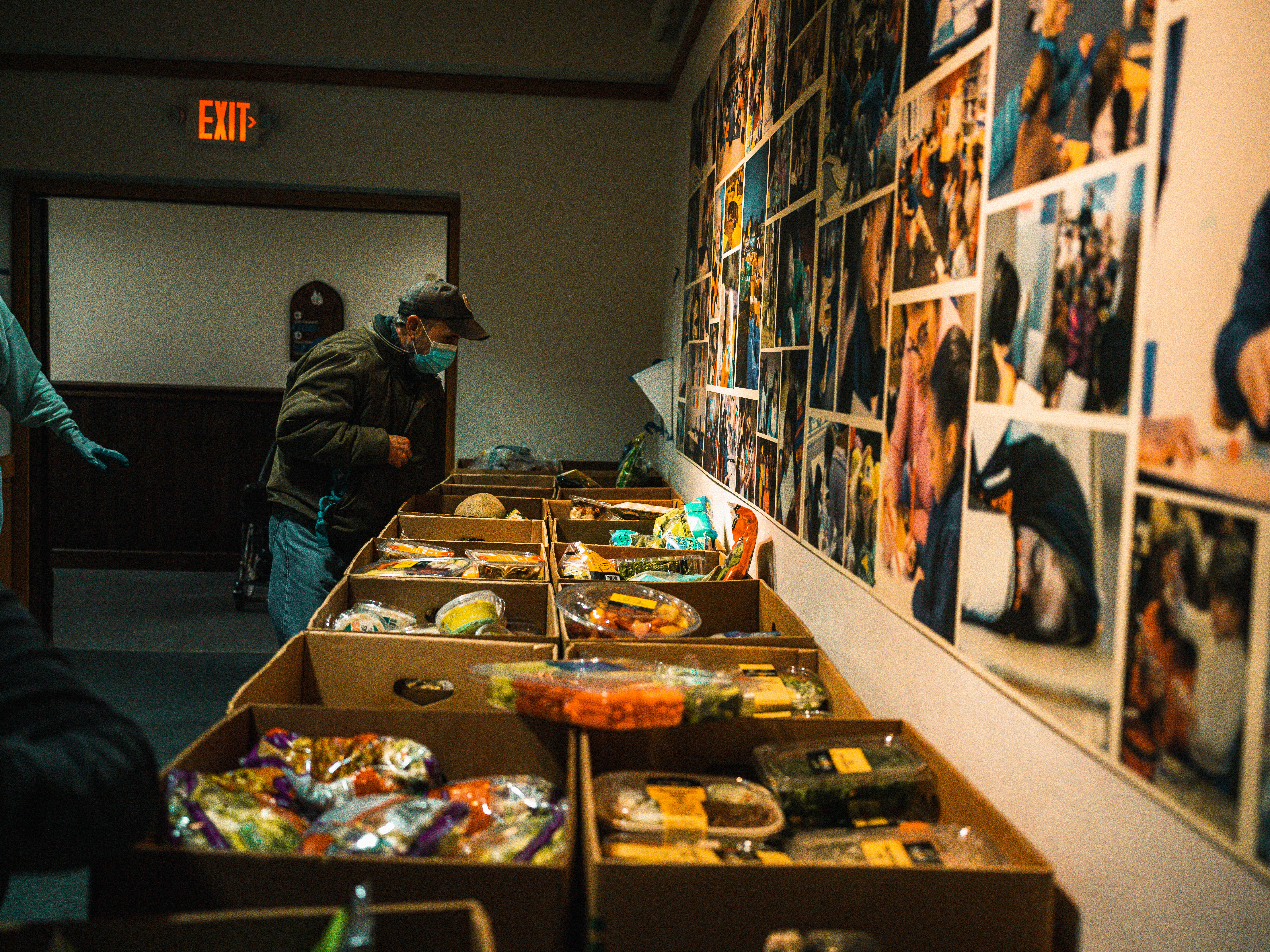 A perfect storm gathers over food rescue in 2022 – hunger is rising, but food donations are decreasing. The pandemic and its effects have made a mess of things. The legacy model of food banking is inadequate for what lies ahead.

As a food banker in retail rescue, I’m on the front lines of the fight against falling food donations. People like me across the country have been scrambling to feed our neighbors with dwindling resources.

Is this a death knell for food banking? Not quite. But it’s a warning – to survive, we need get moving.

FOOD DONATIONS ARE DOWN

At Central Texas Food Bank (CTFB), we rescue more than 28 million pounds of food annually, almost half of what we distribute. Our drivers and partners pick up this food on a schedule and distribute it to our neighbors. Food rescue, a key action area in ReFED’s Roadmap to 2030, diverts 2.3 million tons of food from waste destinations and feeds people nearly 4 billion meals annually.

But donated food has decreased in 2022. “Retail donations are down 13% overall,” says Maddie Cordovano, Food Sourcing Manager at CTFB. “Produce and meat have dropped the most.” Similar stories pop up across the country – food banks in Iowa, Virginia, and Hawai’i all have problems. Erika Thiem, Chief Supply Chain Officer at Feeding America, said in an August ReFED webinar on inflation’s effect on food waste that 43% of food banks will enter a deficit budgeting cycle this year as they purchase more food at higher prices to cover the gap.

Food banks are also seeing increased volatility of donations. Donations have been “dipping as much as 40% some months as compared to 2021,” says Emily Slazer, Director of Food Sourcing at Second Harvest Food Bank in New Orleans. “Certain items like frozen protein have become increasingly scarce, and even previously abundant shelf stable foods have dropped.”

All this is happening while reliance on food banks is rising again. “As inflation increases,” Slazer says, “the demand among the communities we serve has increased considerably.” According to the Urban Institute, after 2021 saw a significant reduction, food insecurity was as severe in the summer of 2022 as it was at the beginning of the COVID-19 pandemic.

A systemic problem has systemic causes. We’re all scrambling to make sense of them. No one has unassailable answers for why food donations are down. But I can tell you what I see from my daily experience on the ground.

Inflation is high, have you heard? The price of groceries this past August was up 13.5% from August 2021. Cost, of course, is a barrier to food access. It influences consumer behavior and drives many people to options like food banks. But it also affects the way retailers do business.

“We’re seeing retailers get smarter about buying,” says Cordovano. “They’re selling more items at discounted prices before removing them from the shelves.”

Austin Rowe of North Texas Food Bank (NTFB) seconds this. “People that normally wouldn’t buy markdown or clearance items are now flocking to buy any and all the items they can,” he says. “[We see this] specifically in meat departments, due to the rising cost of protein.”

If you’ve been awake lately, you’ve also heard that the supply chain is under duress. Grocery retailers have faced stiff challenges getting food onto their shelves even after the toilet paper scramble of 2020. If an order is late, or doesn’t make it to a store at all, that food will be neither sold nor donated. This has forced retailers to be more efficient with their ordering, meaning there may be less food coming in that can wind up in donation boxes.

Thousands of retail workers have quit. Many stores are now understaffed. There is limited incentive for a retailer to spend limited labor hours culling, sorting, and packaging food donations.

Understaffing also forces retailers to be flexible with the people they do have. A healthy donation program relies on relationships. Most of my time is spent on the road visiting donor stores. Often I will see that a receiver or produce manager has been transferred by the company to a different store. A donation program requires cooperation between store employees, the drivers who pick up food, and the people managing the programs. Even one person changing stores can cause a once-reliable donation process to fall apart.

Food rescuers operate locally. It’s important that we try to understand what’s bringing donations down, but ultimately we cannot solve global issues like inflation. Instead, we must respond to issues as we see them, and use this opportunity to build a more resilient model for food donations.

I mentioned earlier that retailers are becoming more efficient. Since waste is an inefficiency, this is a good thing, right? Well, efficient and perfect are hardly synonymous. Food is still there to be rescued. The Pacific Coast Food Waste Commitment estimates that its retailers donate about 14% of their unsold food. But 13% still goes to landfill, and a whopping 31% of unsold food heads to the black hole of “unknown destination.” In the face of dwindling donations, this is the major question – how can food rescuers capture more of the food that’s wasted in retail?

We can start by broadening our donation programs. Maddie Cordovano’s priority is “increasing the amount of donors we have and enabling more partners to pick up 5-7 days per week.” Increased frequency of pickups leads to more food and better variety.

Austin Rowe agrees: “We are working on trying to foster relationships with local and international grocery markets in our service area.” Culturally familiar food donations can be a way to bring in more pounds while also better helping underserved populations.

Another priority for food rescuers should be educating their donors. Rowe’s team at NTFB prepares impact reports to show their donor stores how many meals they’ve provided to the community. Our donors are good people, and we can empower them to donate food by educating them on how to donate and where that food is going.

Donors can be educated at the system level, too. I attended a July event supporting the Food Donation Improvement Act. Liability is a common objection to donating. This bill strengthens donor protections, but it also assigns responsibility to the USDA for clarifying those protections and educating donors.

There is other promising legislation that can be scaled to sustain food donations in an uncertain future. California’s SB 1383 mandates that 20% of edible food be recovered for human consumption and has dramatically increased food supply at many CA food banks (though not without some challenges).

Other forms of government assistance strengthened food rescue during the pandemic, but as those wane and expire it will be up to food banks to innovate for themselves. “The end of government-funded programs like the TEFAP Trade Mitigation purchases and the Farmers to Families program led to a steep decline in available food that had been crucial to our organization,” says Emily Slazer. “Recently announced investments by the USDA in additional TEFAP purchasing will be a significant help, but we have to continue to maintain strong relationships with donors, remain nimble in the logistics of rescuing donated food, and think creatively to collaborate and share resources with other food banks.”

Ultimately, the legacy food donations model was not equipped to sustain itself through the socioeconomic upheaval brought by the 2020’s. But food waste still exists. There is still unsold food at retailers.

Food rescue organizations can seize this moment as a transformative opportunity, a chance to reinvent the way we do business, and create a more sustainable model for feeding people in the future.

Maddie Cordovano says it best: “If there is food to be donated, we need to receive it.”