GUEST BLOG: How UpRoot is Reconnecting People To The Food System 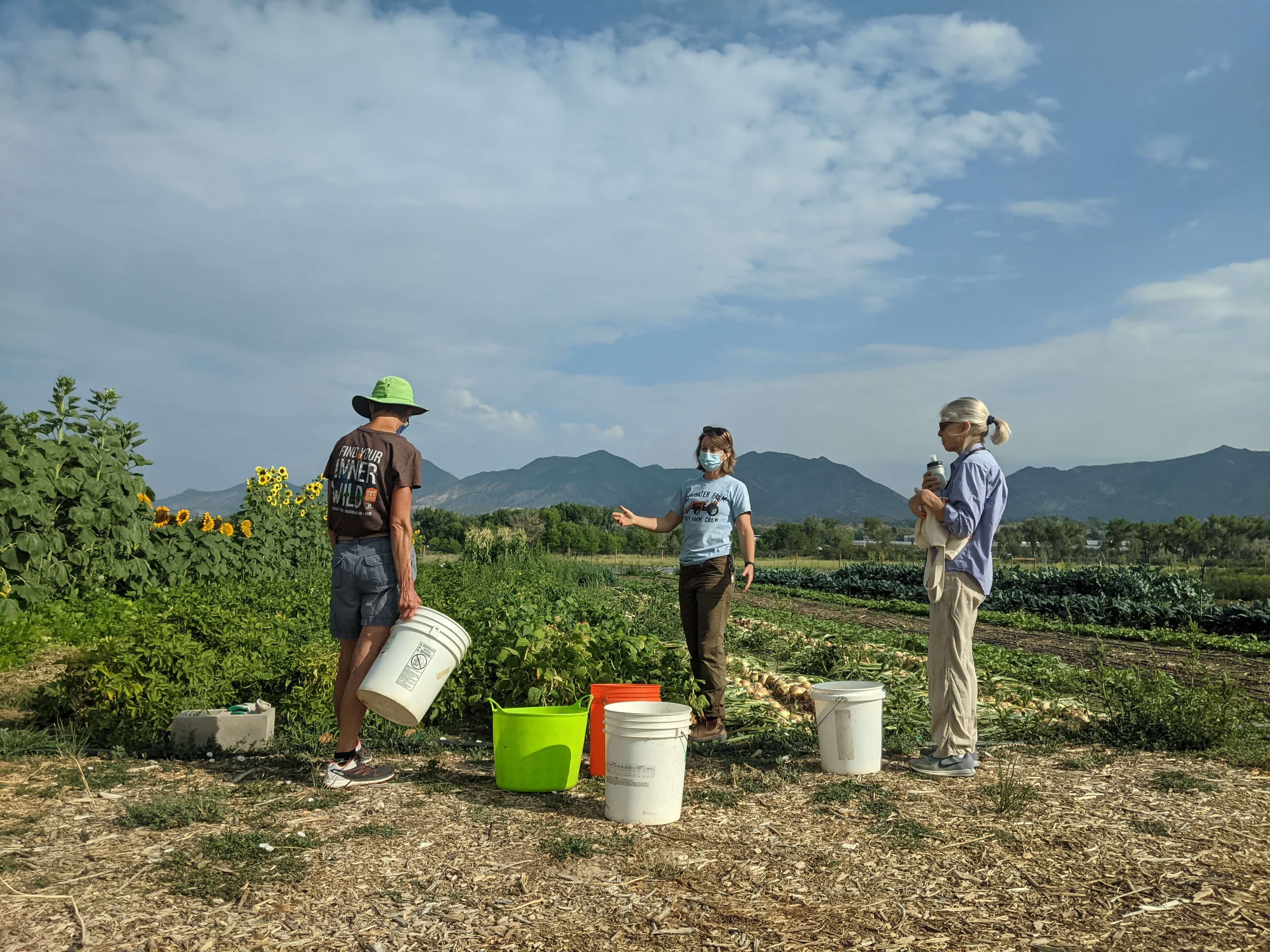 GUEST BLOG: How UpRoot is Reconnecting People To The Food System

ReFED’s Roadmap to 2030 highlights that “Optimize the harvest” is critical to developing a closed loop food system. Guest author Rita Mary Hennigan, Co-Director at UpRoot Colorado, discusses how their solution captures valuable food that would have been wasted, and equally as critical, reconnects people to the food system.

Why is it that we, as individuals, households, and families, are willing to let so much food—30 million tons annually—go to waste?

We’re here to suggest that a lack of awareness of and appreciation for the true value of food, a life-sustaining resource, and for the producers whose vocation it is to bring it to our tables—a lack of cultural food wisdom—is a major contributor to our wasteful habits.

There are a variety of factors that have contributed to our disconnection from and undervaluation of food.

One contributing factor is the industrialization and consolidation of U.S. farms, which has changed the agricultural landscape of our nation in such a way that fewer of us live near the sources of our food. The urbanization of our population has had a similar result. In the early 1900s, more than half of Americans were either farmers themselves or lived in rural communities1. Today, less than two percent of Americans are farmers2 and only 19.3 percent of the population lives in rural areas3. (It’s also important to consider who comprises the farming sector today. Due to racial discrimination in agriculture and exclusion from federal relief programs, the percentage of farmers who identify as Black has declined from 14 percent in 1920 to just 1.4 percent today.)4

Because we are physically further from farms, all of the hard work and resources that go into food production are too often “out of sight, out of mind.” It’s easier to be wasteful with one’s food when not actively considering all that goes into its production. Food that we produce—but do not eat—in the U.S. accounts for 14 percent of freshwater use. It takes up 18 percent of cropland. It is the number one material found in our landfills, and it results in four percent of U.S. greenhouse gas emissions5.

To address the immense amount of food waste that occurs in households, we believe it is essential that we find ways to reconnect with our food systems. Gleaning is one approach that can be utilized to bridge the gap that exists today between many Americans and the sources of our food.

Gleaning is the act of gathering leftover crops from farmers' fields or orchards after farmers have commercially harvested them or when it is not economically viable for farmers to harvest. It is a practice with a long history. Historically, landowners would leave a section of their agricultural fields unharvested as provisions for the poor and marginalized. Modern gleaning is a practice often organized by community groups and nonprofit organizations that diverts surplus crops into the hands and bellies of people who face food insecurity.

The most direct and tangible benefit of gleaning, in terms of addressing food surplus, is that food that would not otherwise be harvested or sold from farms is redistributed to people who, due to systemic inequities, do not have adequate access to nutritious food.

Upon first learning about the practice of gleaning, it’s natural to wonder why farmers are left with unharvested and unsold produce in the first place. A number of factors contribute to this surplus, and it’s important to highlight that these factors are mostly outside of farmers’ control: cosmetic standards favoring “perfect produce” regardless of nutritional value, labor shortages (resulting from immigration policies, lack of competitive wages and basic labor rights, and the many uncertainties of farming as a vocation6), changing consumer habits, and variable environmental factors.

As a result, 17 million tons of surplus remain unharvested/unsold from farms each year. Even more astonishing, though, is the fact that almost double that amount of food—30 million tons—is wasted in U.S. households annually7.

It is here that we believe the less tangible benefits of gleaning are of vital importance.

Gleaning creates opportunities for individuals to step onto farm fields. With hands in the dirt and an exposure to a wider variety of the beautiful foods grown on nearby farms, we have the chance to foster an appreciation for the fruits and vegetables we get to touch, smell, and taste—increasing the cultural food wisdom we referenced earlier. The camaraderie between volunteers and farmers brings awareness to the value of all that goes into growing our food. This experience can influence the decisions we make about our food: we may be inclined to revisit the farm (and other farms) and invest our dollar in something we are now more intimately connected to. We may be inspired to begin to think of our food as special again.

UpRoot Colorado works to create these opportunities for reconnection. We work with geographically- and demographically-diverse communities across the state of Colorado—and are deliberately working to broaden the diversity of people who are represented in our work— to divert surplus food from farm fields and orchards to members of our communities who want and need it. Since the organization’s beginnings in 2017, UpRoot’s staff and volunteer gleaners have harvested and redistributed close to one million servings of surplus fruits and vegetables, increasing the amount of fresh, nutrient-dense food available at food pantries (which report fruits and vegetables among the foods most highly desired by food pantry visitors8).

Just as importantly, we invite volunteers to participate in the harvest, fostering connections between farmers and eaters and creating opportunities for folks to learn about all of the inputs, labor, and care that go into the production of the food that sustains us every day. UpRoot’s volunteers, including our Volunteer Gleaning Corps, have contributed more than $100,000 in in-kind hours to Colorado communities (based on the value of one volunteer hour in Colorado calculated by Independent Sector), establishing connections within the local food system all the while.

Through experiential education, we aim to contribute to moving the needle towards a society in which each person realizes that the choices we make as individuals matter and have an impact—positively or negatively—on the health of our communities and environment. A society in which tossing food into the trash is a thing of the past, because we value this life-sustaining resource too much to allow it to go to waste. Our collective actions can transform our food systems for the better, curbing climate change, increasing economic equity for producers, increasing food equity, and strengthening our communities.

If you’re in Colorado, we would love to meet you and have you join us on a glean! Visit UpRoot’s website to learn more, sign up to volunteer with us, or make a donation to help us grow our impact as we work towards a Colorado food system in which there is more connection, mindfulness, and equity for all.

3. One in Five Americans Live in Rural Areas

4. Black farmers in the US: The opportunity for addressing racial disparities in farming | McKinsey

6.  (Infographic) The US Farm Labor Shortage

8.  Food Preference Suggestions by Culture | Food Bank of the Rockies