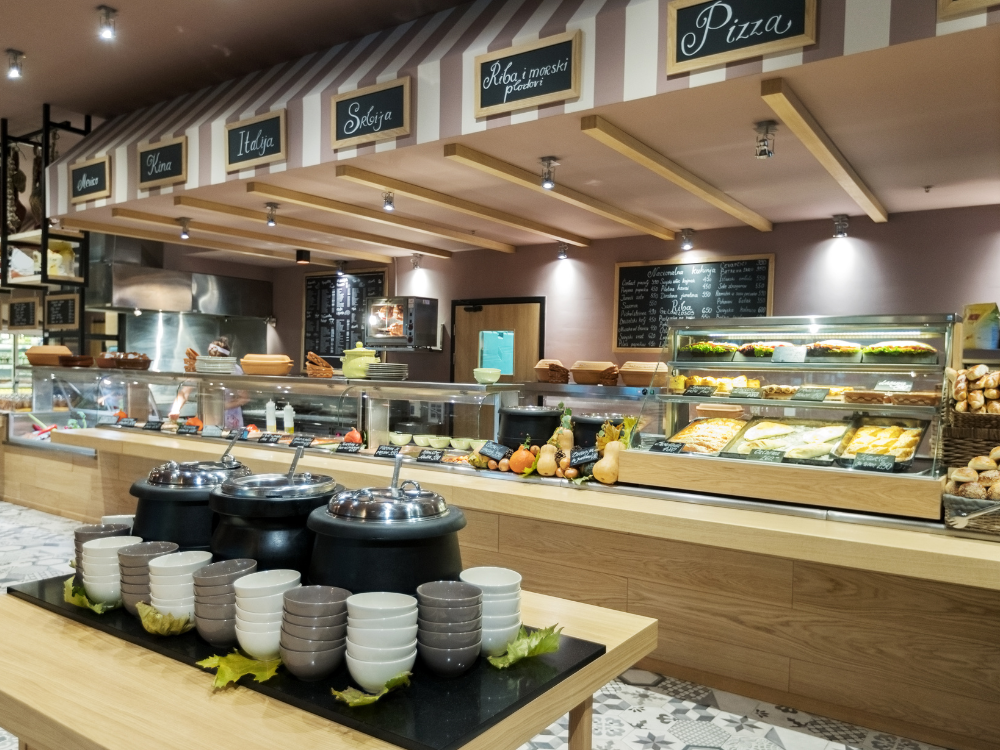 Today, the Pacific Coast Food Waste Commitment (PCFWC) announced that Aramark and Compass Group –– two of the country’s leading foodservice companies — have officially committed to the PCFWC’s goal of reducing food waste by 50% along the West Coast of the United States by 2030. This pre-competitive partnership builds on each company’s ongoing efforts to reduce, reuse, and recycle food waste across their operations and highlights the importance of businesses working together to accelerate progress in achieving sustainability targets. Notably, Aramark and Compass Group will be working alongside existing PCFWC partner Sodexo to influence other members of the foodservice industry to set aside competitive concerns and collaborate through the sharing of data and best practices in a pre-competitive format – all with the goal of building a more sustainable food system.

Food waste is a key driver of the climate crisis, annually generating 4% of all greenhouse gas emissions in the U.S. and representing 24% of landfill inputs. The PCFWC is one of the largest public-private partnerships in the world dedicated to food waste reduction, bringing together food businesses and local jurisdictions on the West Coast to reduce food waste in accordance with both national and international sustainability targets.

“Tackling an issue as large as food waste takes collaboration across the industry. When we work together with organizations like the Pacific Coast Food Waste Commitment, as well as with our colleagues, suppliers and consumers, and others in the PCFWC network, we can create impactful change throughout the food system that benefits the environment,” said Amy Keister, Global Director of Sustainability, Compass Group. “At Compass Group, we have long been committed to stopping food waste – from founding Stop Food Waste Day seven years ago as an international day of action to sharing ideas and best practices about reducing food waste. Now, as part of the PCFWC, we’re looking forward to doing even more in the industry and inspire others to join us in making a difference.”

“As an extension of our mission to do great things for people and the planet, Aramark is committed to reducing food waste across our operations with the goals of conserving resources, reducing food insecurity, and minimizing our environmental footprint,” said Alan Horowitz, Vice President of Sustainability at Aramark. “Participating in the Pacific Coast Food Waste Commitment lets us work with our industry peers to continue driving our sustainability efforts forward, while also encouraging others in the space to do their part. By working together, we can increase everyone’s contribution.”

“Having Compass Group and Aramark join on to expand the Pacific Coast Food Waste Commitment’s work demonstrates how leading members of the foodservice industry can work together—not as competitors, but as collaborators—to tackle the global issue of food waste,” said Jackie Suggitt, Director of Capital, Innovation & Engagement at ReFED, a nonprofit resource partner for the PCFWC. “By agreeing to share data and best practices in a pre-competitive format, PCFWC members are paving the way for a more sustainable food system.”

Both Aramark and Compass have a long history of incorporating sustainable practices throughout their operations. Using a holistic food management process, Aramark works to minimize waste during planning, purchasing, production, service, and post-event. Although the goal is always to eliminate food waste before it is generated, when its operations have excess safe, unserved food, Aramark’s food donation program provides it to hunger relief and community agencies. The company is also implementing initiatives and pilot programs to reduce food waste and divert organic waste from landfills across its facilities.

Compass Group’s goal of cutting food waste in half by 2030 directly aligns with PCFWC goals. The company founded Stop Food Waste Day in 2017 to bring awareness to the global food waste crisis and has been focused on educating and empowering chefs, associates, suppliers, and partners to fight food waste and adopt sustainable practices throughout its operations. This includes implementing a proprietary Waste Not tool that leverages technology and analytics to track food waste and gain valuable insights to create new strategies to address the issue at its source. Recent data shows that Compass Group USA’s waste tracking efforts have been successful in reducing food waste by 33 percent across all U.S.- based cafes using Waste Not over the past year.

The PCFWC provides a unique opportunity for businesses and jurisdictions to work collaboratively to drive food waste reduction in the Pacific Coast region. Signatories to the PCFWC experience a range of benefits, including:

The goals of the PCFWC build upon the USDA and EPA’s U.S. Food Loss and Waste 2030 Champions program – which both Aramark and Compass have also committed to. These efforts also align with other global initiatives such as the World Resources Institute’s 10x20x30 initiative — a program which brings together ten of the world’s largest food retailers and providers to collaborate with 20 of their priority suppliers to halve rates of food loss and waste by 2030. Collectively, these efforts were launched in order to accelerate progress toward United Nations Sustainable Development Goal 12.3, which details targets for reducing global food waste and establishing sustainable production and consumption practices.

In 2019, the Pacific Coast Collaborative — a coalition including the U.S. states of Washington, Oregon, and California; British Columbia, Canada; and the cities of Seattle, Portland, San Francisco, Oakland, Los Angeles, and Vancouver, British Columbia; along with nonprofit resource partners ReFED, World Wildlife Fund (WWF), and WRAP — called on food businesses and their supply chain partners to join the PCFWC, one of the largest public-private partnerships in the world focused on reducing food waste. In addition to Aramark and Compass, current signatories include:

Food businesses and jurisdictions interested in joining the PCFWC can visit http://pacificcoastcollaborative.org/food-waste/.