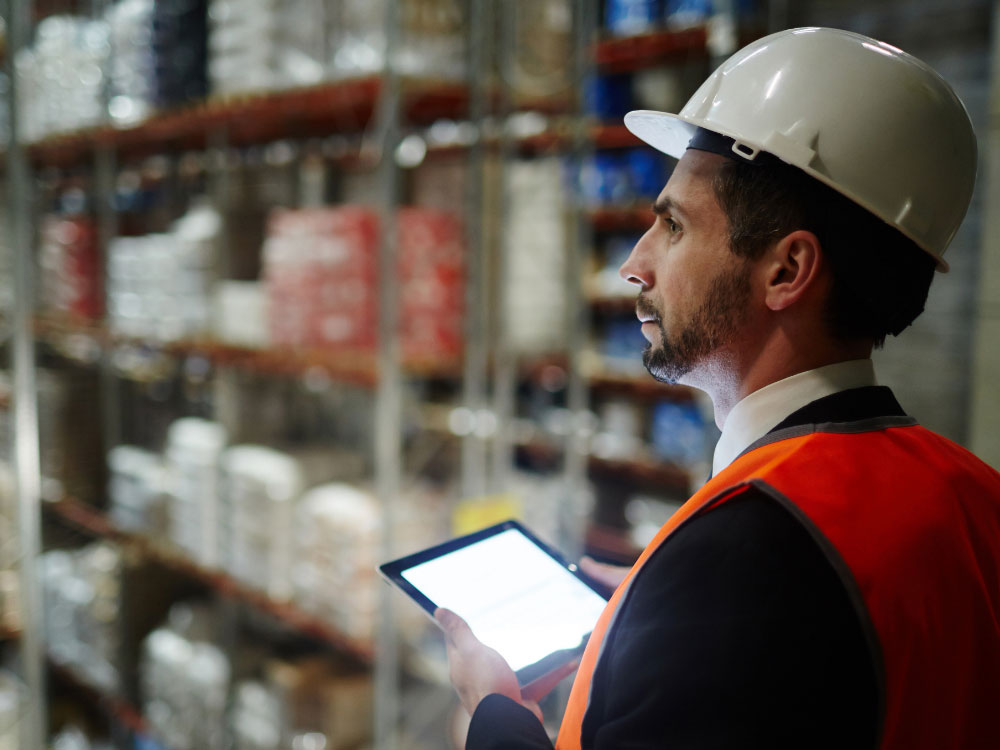 It’s a truism by now that we all want to know where our food comes from. But what do we really want to know? The location of the farm, perhaps, and maybe how our strawberry (or lettuce or banana) was grown. These details create a story, often romantic, that makes us feel more connected.

But there is a lot more to know about where our food comes from than what happens at the farm. Our food’s journey through packing houses, on trucks, and into storage and distribution centers – what some might consider the “boring parts” of the supply chain – has an enormous impact on our food’s quality, flavor, and whether it ultimately gets eaten or thrown in the trash.

According to an analysis in ReFED’s Insights Engine, enhancing the distribution of food products –  by harnessing the power of technology to create smart systems that efficiently move them to maximize freshness and ultimately selling time – could divert 3.3 million tons of food from landfills and prevent the release of 7.1 million metric tons of greenhouse gases annually. That’s the equivalent of taking 1.5 million cars off the road. And here’s the even better news: Much of the technology we need to better measure and predict shelf life – and get perishable foods to consumers before spoilage – is already here.

To understand how this might work, consider the strawberry. It’s a fruit that too often disappoints. Sometimes it’s hard and barely sweet; other times, it’s mushy and even moldy by the time you get it home from the store. What you get seems to be the luck of the draw.

This is partially because retail stores generally sell strawberries (and other particularly perishable produce like lettuce and bagged salad greens) on a “first-in/first-out” basis. The assumption is that if the strawberries were harvested on, say, June 15, they will spoil quicker than those that were harvested on June 20, so they should be sold first.

But that is not always true. Freshness is determined not only by the harvest date, but by what happens in the essential 24 to 48 hours afterwards: According to a study by tech firm Zest Labs, which makes sensor technology, strawberries that waited five hours before being cooled had three fewer days of shelf life than those that waited only two hours.

Indeed, research analyzing perishable produce at different stores of a major grocery chain found that shelf life varied dramatically – as much as 12 days for strawberries and 21 days for romaine lettuce. Roughly half of the sampled produce spoiled before the expected shelf life. Shockingly, there was no correlation between the price of a clamshell of strawberries and its shelf life. A pound of strawberries with a shelf life of 5.5 days averaged $3.49 at one store, while those with 3.4 days of shelf life – two days fewer – sold for $5.32.

The key, then, is better understanding – and making transparent to all – what occurs at every link of the supply chain. New technology can help to do that. Sensors – electronic monitoring devices that are often no bigger than a pack of cards – track temperature, humidity, and travel times, and that information can be used to more intelligently route produce to stores and to people’s homes: A pallet of strawberries with the shortest shelf life might go to the closest store geographically, while one with longer shelf life can withstand an extra day’s journey by truck. Another tactic: Replacing first-in/first-out protocols with first-expired/first-out systems. This puts the ripest berries on the shelves first, rather than the ones that first entered the warehouse. This ensures that customers get fewer (and hopefully no) moldy berries.

Hyperspectral imaging is another emerging technology. Currently used by NASA to detect traces of life in Martian rocks, it can also be used to peer inside a piece of produce. The cameras analyze moisture, nutrients, and dry matter, which can be analyzed to predict when the fruit or vegetable will be ripe. Food waste firm Apeel, which earned “unicorn” status in Silicon Valley for its shelf-life-extending plant-based coatings, recognizes the potential of the technology. It made its first acquisition ever this year, scooping up hyperspectral-imaging startup ImpactVision. Apeel already is installing cameras in its 30 pack houses with the goal of replacing the current, often faulty metrics to diagnose ripeness – e.g., manually squeezing an avocado or mandating a certain percentage of red color on an apple – with specific data for each individual fruit or vegetable.

Case studies suggest that there is real money to be made by implementing such technologies. Deloitte Consulting recently worked with a U.S. retailer to increase freshness of highly perishable produce by two to four days. It employed sensors for cold-chain monitoring, implemented logistics software, and retrained warehouse and retail staff to change the way produce is distributed. “Before the project, you’d go to the markets and the berries would look like a science experiment. Some were moldy, some were rotten,” Kyle Tanger, a director at Deloitte Consulting and leader of its sustainability practice, reported. “Afterwards, the shelves looked like brunch at the Ritz-Carlton.”

Customers benefitted, but so did the retailer. The new system reduced spoilage by 50 percent and, as a result, the stores cut prices. “There is nothing as lucrative as taking on food and food waste,” Tanger told me.

Still, as Tanger warns, improving product distribution isn’t always simple. New technology means new priorities and new ways of working – and change is hard. But as the price of sensors and other technologies continues to plummet, it is now possible to know not only where our food comes from, but to track its entire journey from farm to table. And to waste far less along the way.

**This article is available for reprint. Please contact Jeff Costantino at jeffrey.costantino@refed.org for more information.**