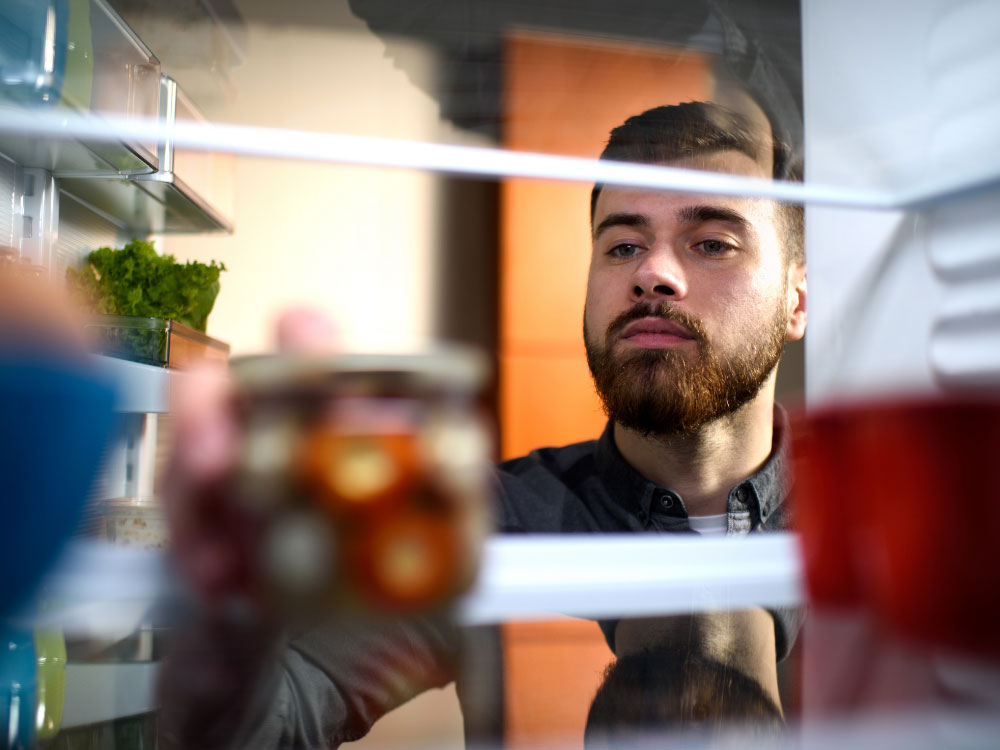 The lesson: Littering is socially unacceptable. Wasting food is not.

It’s no wonder then that consumers are the biggest contributors to food waste. Households trash 30 million tons of food annually, and diners in restaurants leave another nearly 9 million tons of uneaten food on their plates. All told, we, the people, account for nearly 50 percent of all surplus food in the U.S.

Each of us can make our own small dent in the problem: We can be more disciplined, say by planning out a weeks’ worth of meals before heading to the grocery store, or learning how to properly store produce, so we waste less food. But we also need the biggest players — foodservice operators, restaurants, and retailers — to push us in the right direction.

And here’s the good news. According to ReFED’s Insights Engine, reshaping food environments and the broader culture in ways that encourage consumers to be less wasteful is both affordable and effective: An investment of $1.4 billion per year could eliminate 7 million tons of waste, cut greenhouse gas emissions by 34 million metric tons, and produce a net financial benefit of a whopping $27.4 billion — the highest return on investment in our analysis.

One of the most powerful ways is for food businesses to subtly alter the environments in which we eat in ways that nudge us to waste less food. Known as choice architecture, it’s a tactic that’s been used successfully in dozens of arenas to help people make better choices, from signing up for their 401(k) plan to choosing organ donation.

The classic nudge to reduce food waste is offering smaller plates at a buffet. This encourages people to take less food on their plate — usually a portion that they can actually finish. Study after study has shown significant reductions in food waste when smaller plates are the norm: One 2013 paper showed a 26 percent drop in plate waste when a Danish conference organizer used plates just one inch smaller than normal.

Eliminating trays from cafeterias is another effective strategy. This is particularly true in college dining halls since young adults, though environmentally aware and savvy, are some of the worst offenders when it comes to food waste. (According to one study conducted by the Natural Resources Defense Council (NRDC) and foodservice operator Bon Appetit Management, college students wasted more than twice as much food as adults in corporate settings.) Case studies from a variety of universities revealed reductions in food waste as high as 60 percent after trays were removed from the dining hall, though many hovered closer to 20 percent. Other practices show promise, too. Bon Appetit, for example, has reduced food waste by offering samples to diners — rather than having them take a full portion and not eat it — and training staff to offer smaller portions in the first place.

Nudges can be put to work in home kitchens too. Take meal kits, which deliver recipes and pre-measured ingredients to consumers who want to speed the time it takes to cook from scratch. Meal kits provide the precise quantity of the ingredients called for; it’s no longer necessary to buy, say, a whole container of sour cream when you need only two tablespoons. ReFED estimates that expanding the use of meal kits can divert 1.75 million tons of food waste annually. Convenience is probably the driving factor for many cooks who would use meal kits, but cutting food waste is an unsung benefit. And while extra packaging and the environmental impact of delivery can raise concerns, the model doesn’t require shipping to your door – retailers like Kroger offer meal kits options that can be picked up in store with your other groceries.

The more formidable challenge, though, is changing our consumer culture.  Yes, we’ve come a long way since 2012 when, while at NRDC, I wrote the first national report on America’s food-waste problem. But too many consumers still need to better understand the connection between food waste and climate change, hunger, and saving money. Consumer education campaigns can help.

Consumer education works in two important ways. First, it offers concrete examples to consumers of how to change their ways — and the benefits of doing so. In 2013, WRAP UK conducted a “Love Food, Hate Waste” campaign in west London, which included tips on how to reduce waste — Plan meals in advance! Make a shopping list! — and messaging that you could save up to £50 per month by throwing away less food. The borough saw food waste decline by 14 percent in just six months.

Such campaigns also have indirect impacts by helping to adjust people’s expectations about what’s acceptable in society. This, in turn, gives businesses license to change wasteful practices. So, for example, if customers care about food waste, a Mexican restaurant might feel empowered to only offer chips and salsa on request. It’s the food-waste equivalent of the effort hotels made long ago to save water by only washing towels when the guest asks.

Consumer campaigns similar to  “Love Food, Hate Waste” in the U.K. are beginning to arrive in the United States. The “Save the Food” campaign was run nationally in partnership by the Natural Resources Defense Council and the Ad Council, but has been significantly diminished due to lack of funding. The state of Oregon conducted two years of research for its campaign, which launches in October. Its surveys showed that 80 percent of Oregonians thought it was important to prevent food waste, and 50 percent were looking for ways to do something about it. Researchers tested several messages, and as in London, they learned that consumers respond most strongly to messages about saving money. The new campaign mascot is a cartoon apple, holding a fistful of cash. The tagline reads:  “I’m a Bad Apple: Don’t Let Good Food Go to Waste.”

It’s a smart approach. But residents of every state need to hear that message. Fifty separate campaigns would be costly--and potentially confusing. In 2015, the federal government set an ambitious target to slash U.S. food waste by 50 percent by 2030. Now it needs to step up to help us reach that goal: Think Smokey the Bear, but for food waste.

Of course, there will always be pushback — and this is especially true in restaurants where customer perceptions of “value” are closely tied to portion sizes. This summer, there was a rash of outraged posts on social media in which consumers accused fast-casual chain Chipotle of dishing out smaller burritos (but still charging the same price.) The key is helping consumers redefine value, so it isn’t only about the biggest or the cheapest, but a food system that prioritizes less waste.

*** To reprint this article, please contact Jeff Costantino at jeffrey.costantino@refed.org. ***