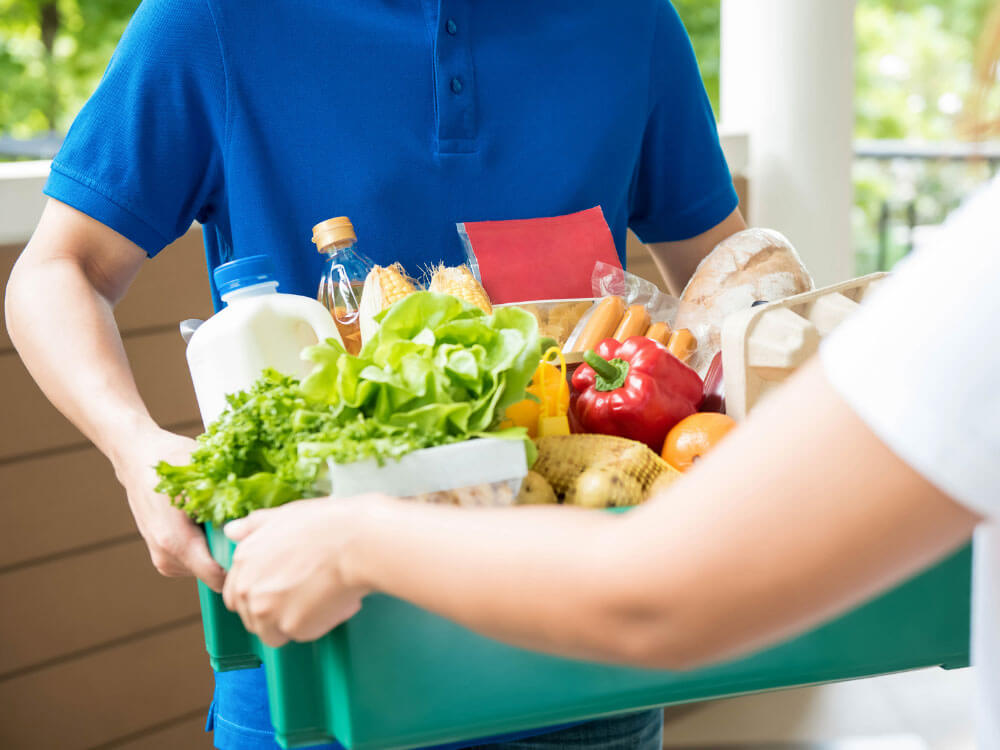 By the end of March, 2020, the COVID-19 pandemic had forced nearly one-third of New York City’s food pantries to shut their doors. Demand surged. Lines snaked down blocks and around buildings. People waited hours, many only to discover that food had run out by the time they got to the head of the queue.

As troubling as it was, it might have been worse without Plentiful, a simple app with big ambitions. Plentiful, the winner of ReFED’s Nonprofit Food Recovery Accelerator in 2019, is a reservation system for pantries and the people they serve. At the click of a button, users can see when a pantry is open—and if it isn’t, what other options are nearby—and make an appointment for when to arrive. This helps the pantries manage and distribute food and maintain the dignity of the people in need. In days after the shutdown, Plentiful saw appointment requests more than double, but the reservation system allowed clients to minimize wait times and, essentially, maintain social distancing. Plentiful is now available on the Web and for iPhone and Android phones in nine languages including Spanish, Mandarin, Russian, and Haitian Creole.

Plentiful is proof that there are innovative, effective ways to strengthen food rescue. The last mile has always been the trickiest part of the chain. Unlike food banks, many of which have multimillion dollar budgets and professional staff, food pantries are small, mostly volunteer operations and need software that addresses their particular needs. But logistics, storage, and a lack of incentives also plague the wider food-rescue space. According to our Insights Engine, just 3 percent of surplus food is donated. This, while more than 40 million Americans struggle to get enough to eat.

The obstacles to more efficient food rescue and donation are aggravating but eminently solvable. For example, you need refrigerated trucks to transport fresh (and usually healthier) foods, but the government does not offer liability protection or tax credits to transportation firms as it does for retailers. Even the food manufacturers, foodservice and retail organizations that do benefit from the protections in the 1996 Bill Emerson Good Samaritan Act do not know or understand them. And because the Act has yet to be tested in court, they continue to worry about liability, should someone get sick from their donation, and potentially bad PR.

The good news is that many companies are about to get a fast education on how to safely donate food, thanks to SB 1383. The California law, slated to go into effect on January 1, 2022, aims to reduce the state’s greenhouse-gas emissions. Slashing the food that ends up in landfills is a key part, because when food decomposes it releases methane, a gas at least 25 times more potent at trapping heat in the atmosphere than carbon dioxide.

SB 1383 mandates that supermarkets, food service providers, food distributors, and wholesalers of a certain size enter into agreements with organizations to collect and recover edible food. (They also must avoid intentionally allowing food to spoil.) The goal is to divert from landfills a minimum of 20 percent of food currently thrown away.

It’s an ambitious goal. But as important as the actual food it will save, the rule goes a long way to professionalizing the process of food donation by encouraging food firms to work with experts in food rescue.

Take Replate. The Bay-Area nonprofit allows companies, mostly foodservice providers and grocery stores, to schedule a pickup for leftover food. Often firms have a standing reservation, but Replate can also arrange pickups within two hours if required. “People are not generally thinking about surplus until after they have it, so we needed to make it easy,” Katie Marchini, Replate’s chief operating officer said. “This way you order food recovery like you order DoorDash.”

Since launching in 2016, Replate has expanded across California, as well as to New York, Boston, and Austin. It works to encourage donations by providing detailed reports to donors on their impact: the number of meals donated, water saved, and carbon dioxide emissions averted.

Still, many potential donors have hesitated, haunted by a cascade of what ifs: “I once had someone with hundreds of pounds of food ready to go and two hours before pickup, they called to cancel,” Marchini told me. “The legal department was blocking it, and the leadership said no. They didn’t want their brand associated with subpar quality.”

I’ve seen this myself time and again. The generosity that you think would reflect well on a company is overturned by fear and, frankly, a disinclination to go through the extra hurdles required to give it away or set up a system that makes donating easy. Some even go through extra effort to destroy their food so that no one can eat it if it’s not sold.

The new California rules will push companies to become more comfortable with food donation (and hopefully to learn how to waste less food in the first place by seeing how much surplus they produce). But more education will help, too. Replate, for example, is building a nutritional database that breaks down for donors not only the total pounds of food but the quantities of healthy proteins, whole grains, and fresh fruits and vegetables. Talk about good PR.

If there are any silver linings of the pandemic, the visibility of food insecurity is one. News reports of cars lined up for hours at food pantries demonstrated the need to improve the way we feed the nation’s most vulnerable. Money has flooded in to support Feeding America, the country’s largest network of food banks, and to small but just as important players like Plentiful. This year, Plentiful’s creator Bryan Moran says his app will be in use at 90 percent of New York’s pantries and will expand to two new cities. “It’s not rocket science,” Moran told me. “We just have to make it easy to do.”