In 2019, just before the ReFED Food Waste Summit in San Francisco, Turner Wyatt made a call that would change the food waste landscape. He phoned ReFED founder Jesse Fink with a proposition – to help him get a group of people to the Summit in order to sign papers of inception for a new nonprofit that Wyatt had been working on with a handful of others. Recognizing the potential, Fink became the first funder of the UFA. “No one does that, you don’t just make donations to an organization that doesn’t exist yet. Jesse has this way of seeing the future,” said Wyatt. With that, the Upcycled Food Association (UFA) was officially started, with Wyatt serving as the CEO.

Prior to that day, as the founder and CEO of Denver Food Rescue, Wyatt had seen first-hand the critical role that solution providers can play in cutting food waste . At the time, he looked up to ReFED as a national leader and similarly aimed to create a difference on a broader level beyond the territory where his nonprofit operated. He described ReFED as a “big sister,” saying that his inspiration to start UFA was partially based on what he had seen ReFED do. Said Wyatt, “I felt like I was stepping out of the very local food rescue scene to create an organization that was addressing systems-level challenges, working internationally, and working with big established partners like WWF, and NRDC, and many of the other big picture elements [like] ReFED was working on.” 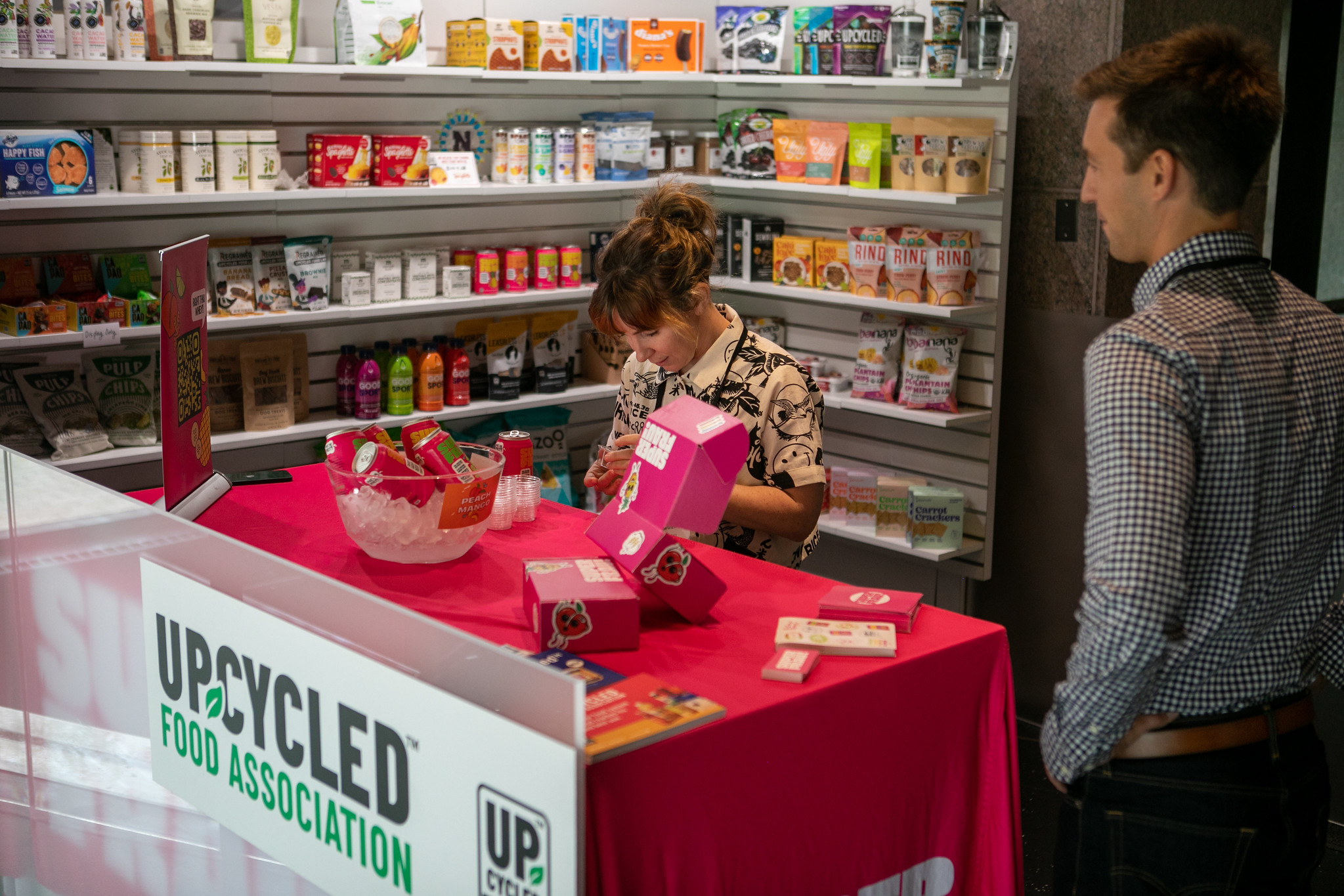 Since then, UFA worked with ReFED and other partners to develop an industry-wide definition of what determines whether a food product can be considered “upcycled,” which led to the first certification program for upcycled products and industry education efforts to spread information about their value – more than 200 products have now been Upcycled Certified™  and many more are in the pipeline. UFA also partnered with ReFED in 2021 to create the Food Waste Funder Circle, a network designed for private, public, and philanthropic funders interested in using their capital to solve food waste challenges. “In the last six months, we’ve seen membership grow to over 100 investors, and we’ve seen lots of deals come through,” says Wyatt. “It has been super successful.”

At the ReFED Food Waste Solutions Summit in May 2022, things came full circle for UFA as they reached another significant milestone with the announcement that they were one of the first three grantees receiving funding from the ReFED Catalytic Grant Fund, a new five-year initiative designed to provide up to a targeted $20 million in funding from philanthropic sources to de-risk and scale high-impact solutions to food waste. Of course the investment was crucial, but for a young organization trying to scale their impact, the validation is also important. “It was a huge deal to us that this organization we looked up to takes us seriously enough to prioritize us at the onset of this fund. The money itself was super supportive, but so was the fact that it was this big public announcement that was made in front of all the Summit attendees. It will help us garner future support from other donors,” said Wyatt.

What’s next for UFA? They plan to emphasize consumer education, making sure people are aware of, and know the value behind each upcycled product. They also want to work with retailers to ensure access to the products is seamless for customers, and to eventually have so many upcycled products in the aisles that customers can “do the right thing by mistake,” noted Wyatt.

Given the explosive growth of the upcycled industry in such a short timeframe, we’re excited to see what UFA has in store for the 2023 ReFED Food Waste Solutions Summit. “Our entire history – and most of the history of the entire [upcycled food] industry – is bookended by these two ReFED conferences,” said Wyatt. “What better way to measure time.”