Food Scraps Could Change the Game - But Not Without Help - ReFED 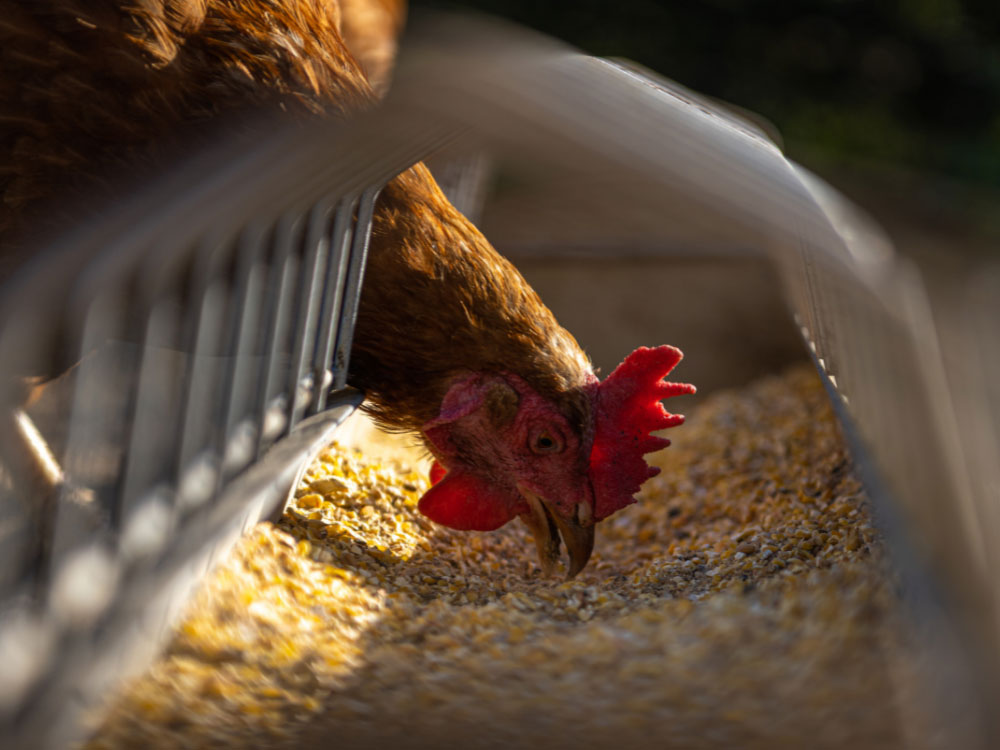 Food Scraps Could Change the Game - But Not Without Help - ReFED

In the old days, chickens were fed scraps: vegetable peelings, stale bread, and maybe even a few bits of meat. (Chickens are, after all, omnivores.) But with the exception of some pampered backyard hens, that hasn’t been true for a long time–corn and soy are grown to feed most of the nine billion chickens raised each year in the United States today.

Now a startup, Do Good Foods, is taking us back to the future. Each day, it collects food waste from nearby grocery stores, which it converts into highly nutritious chicken feed. Its first facility, in Fairless Hills, Pennsylvania, processes 160 tons of food waste each day from 450 stores—enough to feed 25 million chickens a year. According to CEO Justin Kamine, each Do Good chicken stops about four pounds of surplus groceries from going to the garbage and eliminates nearly three pounds of greenhouse gases. The company plans to build a total of 20 facilities by 2025.

Do Good’s system is just one innovative way that food-waste warriors are recycling the leftovers. Good news because there’s much work to be done. According to ReFED’s analysis, recycling and composting food waste offers one of the largest opportunities to get it out of the waste stream—nearly 21 million tons annually. While ReFED’s hierarchy of food-waste solutions prioritizes prevention and recovery—we’d always prefer that people get fed!—the fact is there will always be organic food waste: banana peels, orange rinds, cornhusks, stems, bones, and more. There are valuable nutrients in those food scraps, and there is always something better to do with them than dump them in a landfill to decompose and release methane, a greenhouse gas that’s 80 times more potent than carbon dioxide.

Do Good is not the only one pioneering high-tech food recycling solutions. Other firms, including U.S.-based EnviroFlight and Protix, in the Netherlands, are using food waste to grow Black Soldier Fly larvae, which are then turned into high-protein animal feed. Black Soldier flies are not like house flies, and they don’t bite or carry disease. Even better, they can be grown in small spaces and need far less water and land than the corn and soy traditionally used for feed. Both solutions work to reduce the footprint of industrial feed farms, making use of a huge, reliable, nutrient-dense waste stream to produce food for animals.

The market clearly sees such innovations as a good bet. (Do Good Foods has raised $169 million to help fund its first facility.) But other recycling efforts, such as anaerobic digestion, which produces fertilizer and fuel, and composting don’t necessarily pay for themselves. That is part of the reason why food makes up a whopping 24 percent of the material found in U.S. landfills. ReFED’s analysis shows that food-waste recycling will require a $2.2 billion annual investment over the next 10 years to succeed. That’s where the federal and state governments are stepping in with grants and regulations to spur change.

Let’s start with the states, such as Vermont and California, which both have mandated strict reductions on food sent to landfills in order to mitigate climate change and to ensure that surplus food reaches hungry people. California’s law, SB 1383, which passed in 2016, ordered a 50-percent reduction by 2020 and a 75 percent reduction by 2025, in addition to requiring that 20 percent of all edible food be recovered for human consumption. Vermont’s Act 148, passed in 2012, has even stricter rules. As of July 1, 2020, all food waste—commercial and consumer—is banned from landfills. Five other states have laws restricting food to landfills as well.

It's a bit too early to judge progress in California; enforcement of the rule goes into effect next month. But in Vermont—admittedly a small, rural state—anecdotal evidence suggests that the rules are working. According to an article in the VTDigger, the number of food scrap haulers has more than tripled to 42, from 12 haulers in 2012, and business is booming. Meanwhile, waste collectors have seen tonnage for composting soar. The Lamoille Regional Solid Waste District, located in Stowe, Vermont, for example, received 146 tons of scraps for composting in 2020. It collected 166 tons during just the first six months of 2021.

I’d be less optimistic if it were just the usual (progressive) suspects pushing such initiatives. But at long last the federal government is stepping up. The Build Back Better Act, passed by the House of Representatives last month, included nearly $200 million over 10 years for organics recycling and food waste infrastructure, data collection and other waste-reduction initiatives, which might include prevention or education.

With the government promising trillions to bolster America’s economy, that may not sound like a lot. (And it remains to be seen if it can pass the Senate, too.) But Pete Pearson, senior director of food waste and loss at the World Wildlife Fund, says it’s significant because it’s the first time the federal government has prioritized and funded such programs. Moreover, Pearson told me, the Biden Administration is not waiting on Congress to act. After announcing a Global Methane Pledge at last month’s climate summit, COP26, the White House issued a detailed statement and a U.S. Methane Emissions Reduction Plan, which includes establishing new stricter standards for approximately 1,500 large landfills under federal oversight. It also specifically promises to reduce food waste sent to landfills as a way to help meet the federal government’s existing 50 percent food-waste reduction target.

I applaud President Biden’s commitment…but I’d be lying if I didn’t say how much I hope that the government puts its money where its mouth is. Federal grants to build infrastructure could prove out better and more profitable ways to recycle organic food waste. They could also incentivize states that wish to follow California or Vermont’s lead but are hamstrung without new infrastructure.

“We don’t have the time and luxury to continue the status quo. Making a pledge for 2040 or 2050 doesn’t cut it anymore,” Do Good Food’s Kamine told me when we talked last month. “We need real, tangible, economically viable solutions to showcase and empower change.”

Couldn’t have said it better myself.