How The Drive For Efficiency Builds Waste Into The System 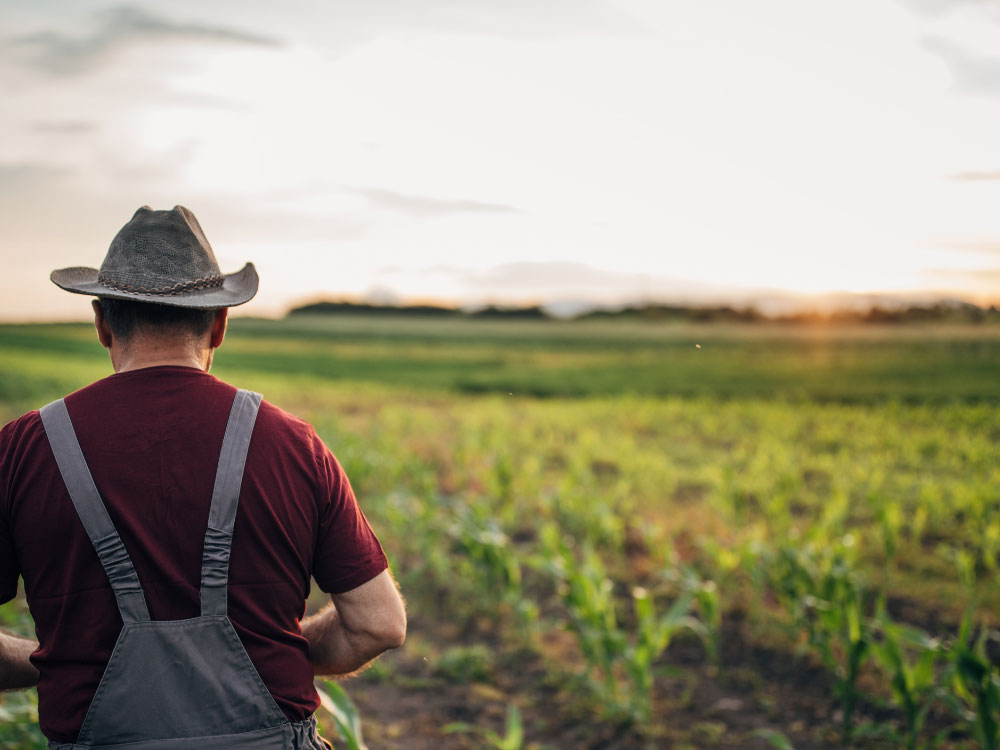 How The Drive For Efficiency Builds Waste Into The System

Pink and purple radishes, bunches of frilly leaf chard, and shiny purple eggplants – the modern grocery produce aisle is a marvel. Retailers rely on a lush, abundant produce section to bring customers in. "The eyes decide," concluded a 2017 Food Marketing Institute report. The more beautiful the fruits and vegetables, the more money consumers are willing to spend throughout the entire store.

However, a key byproduct of the perfect produce aisle is a vast amount of food waste, which taxes environmental resources and drives prices up. In 2019, 16.7 million tons of produce never made it off the farm, according to ReFED's Insights Engine. Some 51% of those fruits and vegetables – more than 8.5 million tons – were perfectly edible. But they were deemed either not pretty enough or not worth the trouble of harvesting.

Unfortunately, this is a result of rational business decisions. To understand how this could possibly make sense, we need to look at how modern produce markets work. In the old days, grocers had buyers who regularly visited farms to see what was available, and at what price. And if there was a bumper crop of, say, peaches or apricots, the buyer would scoop them up at a low price and move them by offering discounts to customers.

Today, the grocery sector has consolidated. Large retailers have consolidated purchasing and prefer to cut fewer, bigger deals with fewer, bigger farms. Here in the United States, many summer contracts for California fruits and vegetables were inked weeks ago, with quantities based on estimated customer demand and stringent requirements for size and appearance.

This system has unfortunate consequences. Farms simply can't afford not to deliver on key contracts due to unexpected drought conditions or pest infestation, so those who have promised thousands of pallets of broccoli, bell peppers, or strawberries will plant more than they think they need – just in case. But this also means farms can be left with more than they can sell. If it's top quality, it might go to the spot market. The rest – just 1.7% of surplus produce at the farm level was donated in 2019 – is generally plowed under or left to rot. Ironically, the drive for efficiency builds waste into the system.

ReFED's Roadmap to 2030 details several important ways to cut surplus produce. One is to support imperfect and surplus produce channels, such as the increasingly popular direct-to-consumer produce boxes that discount apples with minor blemishes or curved cucumbers. Our analysis shows that re-routing surplus, off-grade, near-expiration, or imperfect produce to alternative channels could save $5 billion and 2.9 million tons of produce each year.

This is already beginning to happen. In 2018, the "Naturally Wonky" line of off-spec produce from U.K. retailer Morrisons sold 1,200 tons per week. Kroger, the largest U.S. supermarket chain, launched a "Peculiar Picks" program in 2019 to encourage consumers to purchase fruits and vegetables that don't meet typical retail standards.

Another smart solution is for retailers and foodservice providers to re-evaluate their size and cosmetic standards. For example, an analysis conducted by the Portuguese retailer Sonae revealed that roughly 40% of its suppliers' loss and waste was a result of stringent sizing and aesthetic requirements. With this knowledge, the chain conducted a pilot program to bring in smaller apples and pears. It turned out that these smaller fruits appealed to parents, because they were easier for children to hold and eat. The test significantly reduced waste at the farm – and led to an overall increase in sales.

Such shifts at scale could have sweeping impacts. But they are only the beginning. To truly optimize harvests, we need to plant the seeds of a new culture, one where the risks inherent in growing produce in an ever-more turbulent climate are more evenly shared between farmers and retailers.

A good example of what this might look like is "whole crop purchasing." Retailers do not order specific amounts of cauliflower or strawberries but instead agree to purchase everything the farm produces – including items that do not meet cosmetic standards. In return, the retailer pays a lower price per pound than it would otherwise. It's a win-win-win. The farmer right-sizes production, the retailer gets a bargain price, and nothing (or at least very little) goes to waste.

There's a trick to making these contracts work. The retailer must have the ability to use less-than-perfect produce in other ways, such as in prepared foods or private-label frozen vegetables. Tesco, the world's third largest retailer, has implemented whole crop purchasing contracts since 2013, signing three-to-five year contracts with more than 2,500 farmers in the United Kingdom. Other prominent U.K. retailers have followed suit.

Managing such complexity isn't possible for everyone. A 2020 analysis from the Consumer Goods Forum suggests that whole crop purchasing is best suited to large, vertically-integrated operations. But that's exactly what we have in the United States – in 2019, 43% of grocery sales went to the top four retailers; Amazon tripled its online grocery sales during the COVID-19 pandemic. These companies have the market power – and the logistical prowess – to help farmers better manage production and to respond to inevitable natural events. Contracts such as whole crop purchasing provide retailers the incentive to join the fight against food waste.

A move toward shared risks would mirror what we've already seen in local produce markets. Small farms offer CSAs, where customers sign up for a season and receive whatever is ripe and ready to eat that week. The model helps sustain the farm and slash waste. There is no one way to do this in larger markets, but we must embrace the logic and find ways for retailers, farmers, and customers to work together to end food waste.

**This article is available for reprint. Please contact Jeff Costantino at jeffrey.costantino@refed.org for more information.**